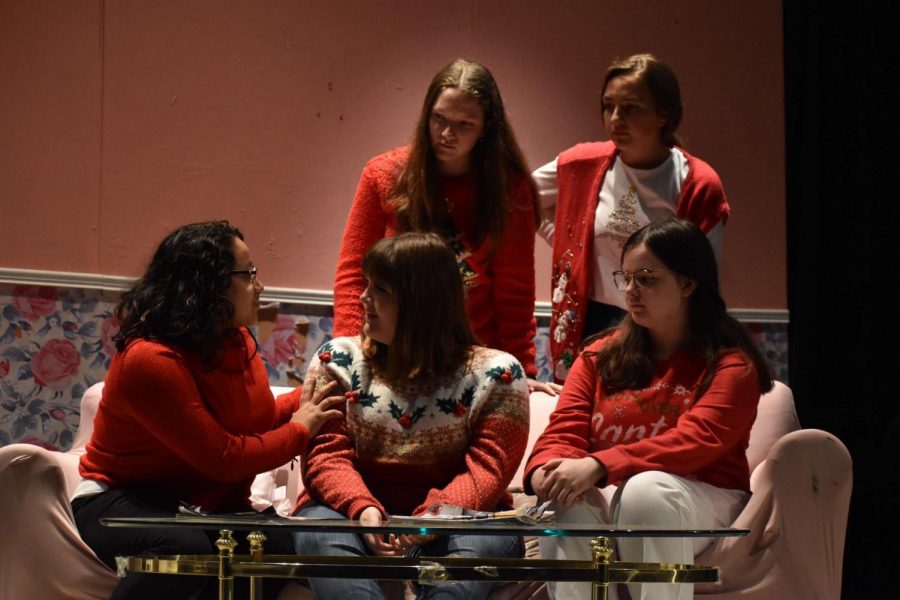 The actresses of Steel Magnolia run through rehearsal before opening night.

Decatur Theatre puts on their first production of the school year: Steel Magnolias. Decatur’s production theatre class rehearses the show nearly every day since the start of the year to deliver the best performance they can. The department invites everyone to watch their show this Saturday at 6:00 PM, with free admission.

“The girls have done an incredibly challenging script in a very short period of time. They’ve done a fantastic job growing their acting ability in this emotional show,” Director Laura Gafford said. “They work so well with each other and have worked hard to get this script to life.”

Originally, last year’s Theatre II class planned to put on Steel Magnolias, but were unable due to complications. At the end of last year Gafford asked the girls of her production class to audition for the show so that this year they could still show the play.

“The most challenging part of this production has been trying to portray the characters in a way that everyone knows and loves,” Senior Izzy Kissinger, who plays the role of Shelby Eatenton, said. “I feel like this play is very popular amongst a lot of parents and students as well, so it definitely added to the pressure of wanting to perform authentically to not only make Mrs. Gafford proud, but also people that are already fans of the story.”

Although Steel Magnolias is originally a play, it became popular by the famous 1989 movie adaptation with celebrity actors Dolly Parton and Julia Roberts. While the pressure from putting on such a well known story challenges the actresses, they thoroughly enjoy working on this play.

“This past month I’ve grown closer to the 5 girls I’m performing alongside with in Steel Magnolias,” Sophomore Eleanor Bond, who plays the role of  Annelle Dupuy, said. “Not only have I made new memories and inside jokes with them, but I have also become a better actress in the process. Through all of the hard work and endless runs, I have thoroughly enjoyed the opportunity to perform on stage once again with our talented cast. The special moments we’ve all had working together make the effort worth it.”

With a small cast of only 6 actresses, this opportunity gave them time to grow close, even in the short amount of time they rehearsed together.

“This production has been particularly special since it will be the shortest time we’ve put up a show here at DHS,” Gafford said. “It makes me proud to watch how determined the cast is to do this show justice, despite the challenges they have faced. I’m very proud to serve as their director.” 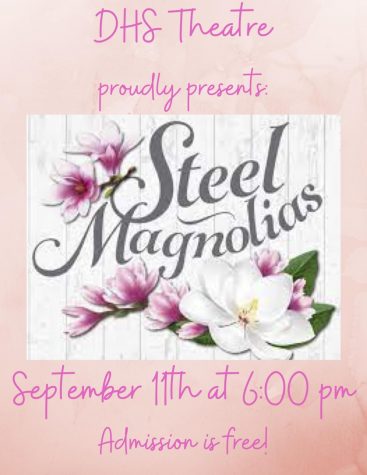